Feel what's it like to be a member of a special unit. Short atmospheric mission.

Deliverance is a story-based Single player campaign, in which we try to demonstrate on the example of the republic of Altis, a small country how far racial discrimination and hate can escalate to. The player will have the chance to get to know the problems and motivation of both sides of the conflict and realize, that nothing is only black or white, that no side is absolutely right and mostly that violence doesn't solve these problems.

June 1991 – the Socialist Federal Republic of Yugoslavia dissolves. Chernarus is among the countries that seceded. Conflicts between adherents of the Orthodox Church and muslim minorities begins shortly thereafter. The army is disbanding, the government practically doesn't exist, fighting has been going on for eight long years.

July 1999 – Russian peacekeeping forces RFOR enter the country. Their task, under the auspices of NATO, is similar to that of KFOR in neighbouring Kosovo – to supervise the distribution of humanitarian assistance and to resolve security issues. They haven't been successful so far. Citizens of the country perceive the presence of Russian forces as an invasion. Past differences have been put aside, sworn enemies have become allies for one sole purpose – to drive the intruders out of their country.

September 28th, 1999 – first incident between RFOR and a newly formed CDF occurred. Two Russian soldiers died on the spot. RFOR isn't equipped for a large-scale military operation therefore they decide to withdraw all remaining forces to the only airport in the country. Resolution 1244, that was released during an emergency NATO meeting, allows Russia to send more troops and equipment to the country. Few days later, first troops enter Chernarus and participate in the largest Russian military operation since Afghanistan… 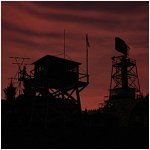