You were sent 2 million years back in time, through a device called Eon. Your mission is to take control over large deposits of extraterrestrial mineral, known as Siberite – a catalyst of cold fusion – the one who owns it, rules the future. To succeed in your mission, you must survive in a complete isolation and possibly many months without any contact with other members of the expedition. Scavenge pristine lands of Central Siberia for the supplies from the future, research ways to utilize local resources, build improvised vehicles and fight your enemies. This is a one way mission, you die for a greater future of your nation.

Remake of a legendary strategy game called Original War, made by Czech development studio Altar Interactive and released in 2001.

Concerning compatibility with Zeus and other mods etc.:

Zeus, ASDG and ALiVE compatibility is coming. It's just going a bit slow because both of us have no experience with those mods or config compatibility. If anyone wants to lend a hand, it will be much quicker. :)

Please give us Feedback or report any bugs either here or on the BIS and Armaholic forums!

This mod adds a fictional „future“ version of the Russian Armed Forces to ArmA 3. It can be used to complement the other 2035 factions in the game. Featured are unique uniforms, vests and gear (with their own models and textures) and included is the regular army, recon, paratroopers, sniper teams etc. in either Digital Flora or Berezhka camouflage.

Also, a lot of vanilla ArmA3 assets are utilized, especially vehicles which are retextured with the modern „Nakidka“ camo.

Another thing included are the AK12 weapons and fictional „12“ variants of others (using Vilas' AK12 model as a basis). Marskman DLC features are compatible.

We plan on expanding the roster, gear and armament with further versions. Same goes for some of the ArmA3 assets/placeholders (CSAT RPG-42 etc.) that will be replaced in the future.

Extract the folder @Min_RF into your ArmA3 game directory and enable the mod in the launcher. Also put the Mindas.bikey into the core Keys folder.

For Steam Workshop, basically just hit the Subscribe button. :P After downloading the mod, do the same with the included .bikey file as bove.

For uninstallation, disable the mod in the launcher and delete the respective folder or Unsubscribe in case you're using Steam Workshop.

You can usually contact us on the respective forums.

By downloading and using this modification, you agree that the author of the modification cannot be held responsible for any damage to software or hardware directly or indirectly caused by the aforementioned modification. Use at your own risk, yaddy yadda.

Warlords for Arma 3 is a multiplayer mode set up as a sort of Sector Control / CTI hybrid supporting TvT, PvP as well as COOP and even solo play against the AI. After subscribing, Warlords scenarios will appear when setting up a MP game. 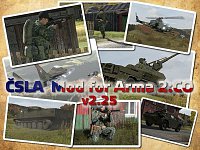 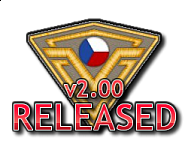